Ballots are counted – Results are in!

Ballots are counted – Results are in!

Well, that was an amazing – and interesting – primary election season. No one certainly planned for a pandemic and we are proud of how all of our candidates navigated the challenge, balancing so much more in their work and home lives than expected.

We are also proud for how all of them stood strong, and true, to their values. They centered their campaigns on the health and well being of Oregonians – and this place we all share and call home. That’s important because the next few years are going to require tough decisions. We are certainly glad the leading voices in Salem hold Democratic values.

On the May ballot, we had 43 Emerge women compete in 38 different races – some of them in primaries with 5 candidates or more! And we are happy to share that Emerge women won or advanced to November in 84% of those races! When more women run, more women win! 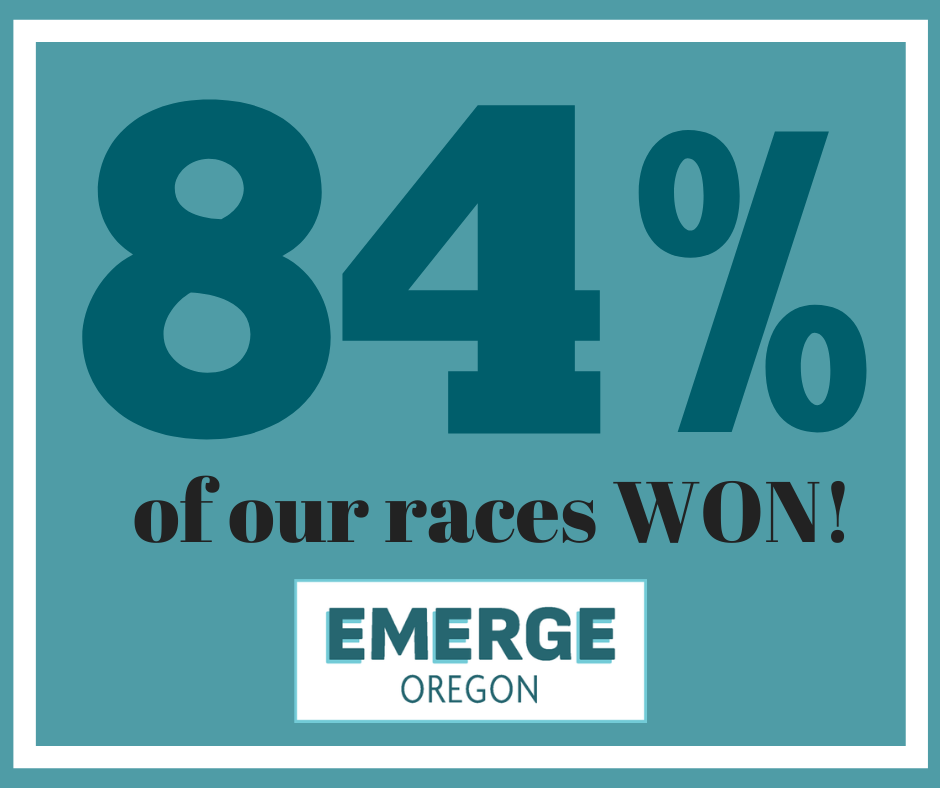 Now, at Emerge, we have a November election to focus on – and are pleased to announce that thus far, we have a total of 54 women who have or will run this year. That’s a 20% increase compared to 2018. So incredibly fantastic! And more could announce before summer is over.

Congrats to these candidates who won outright in May: